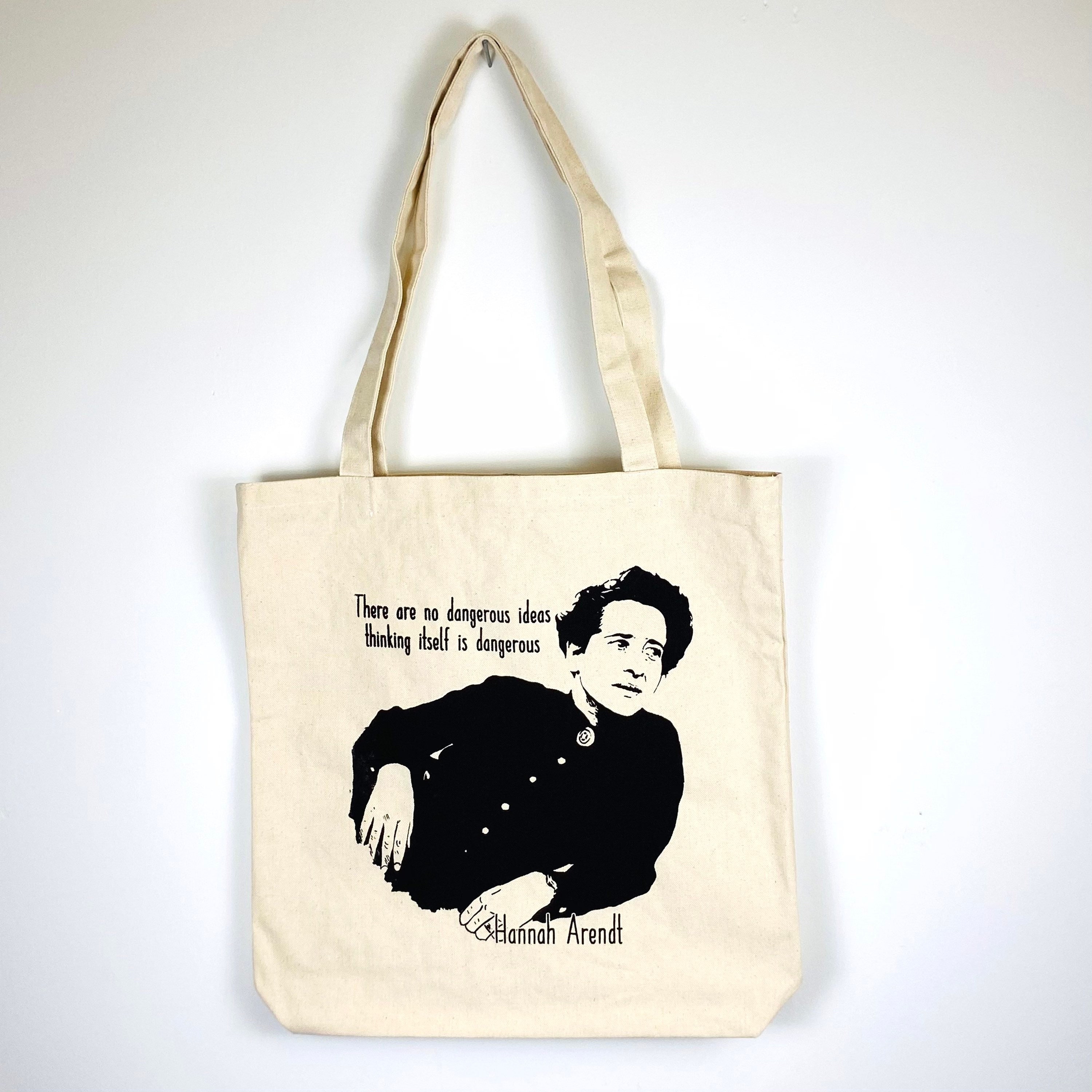 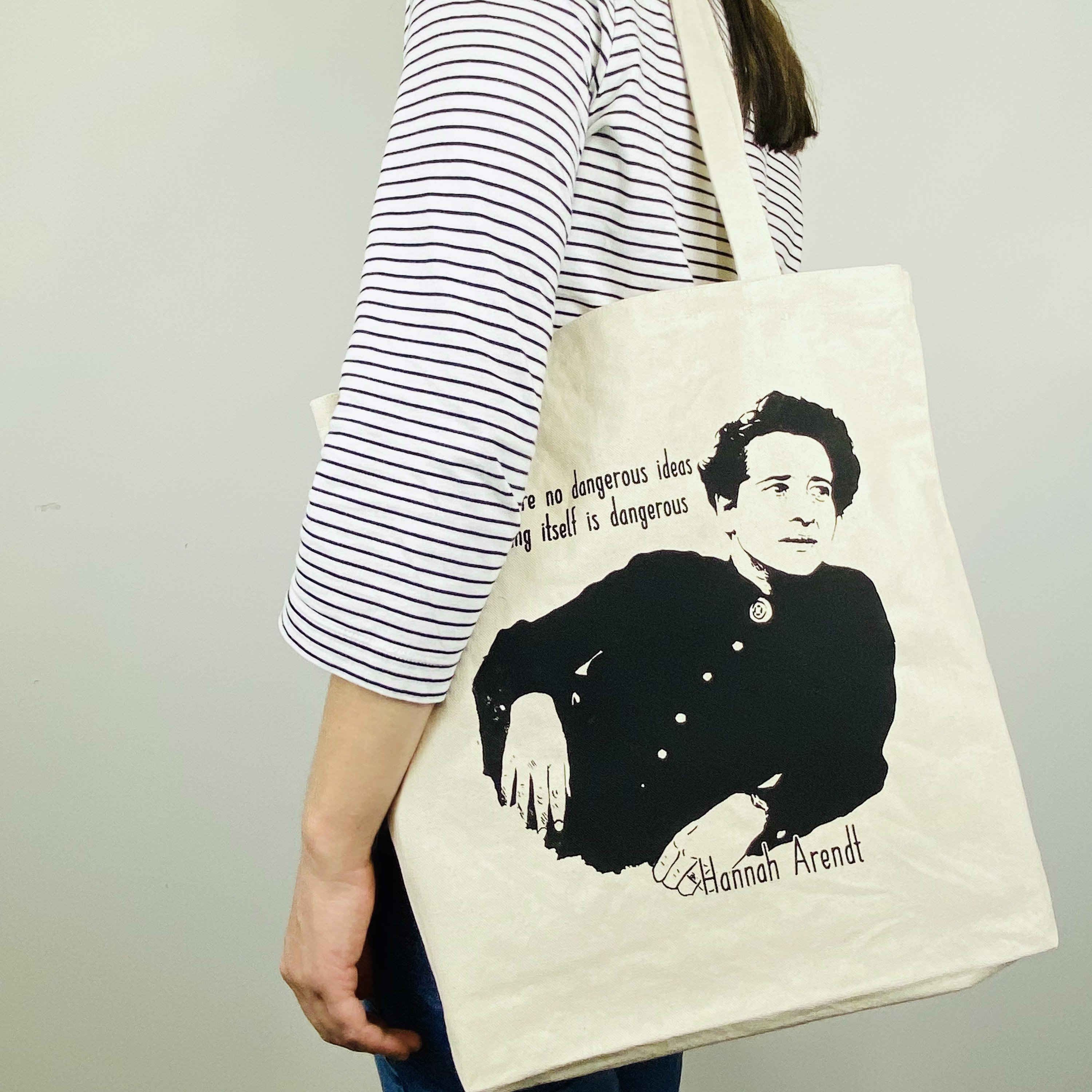 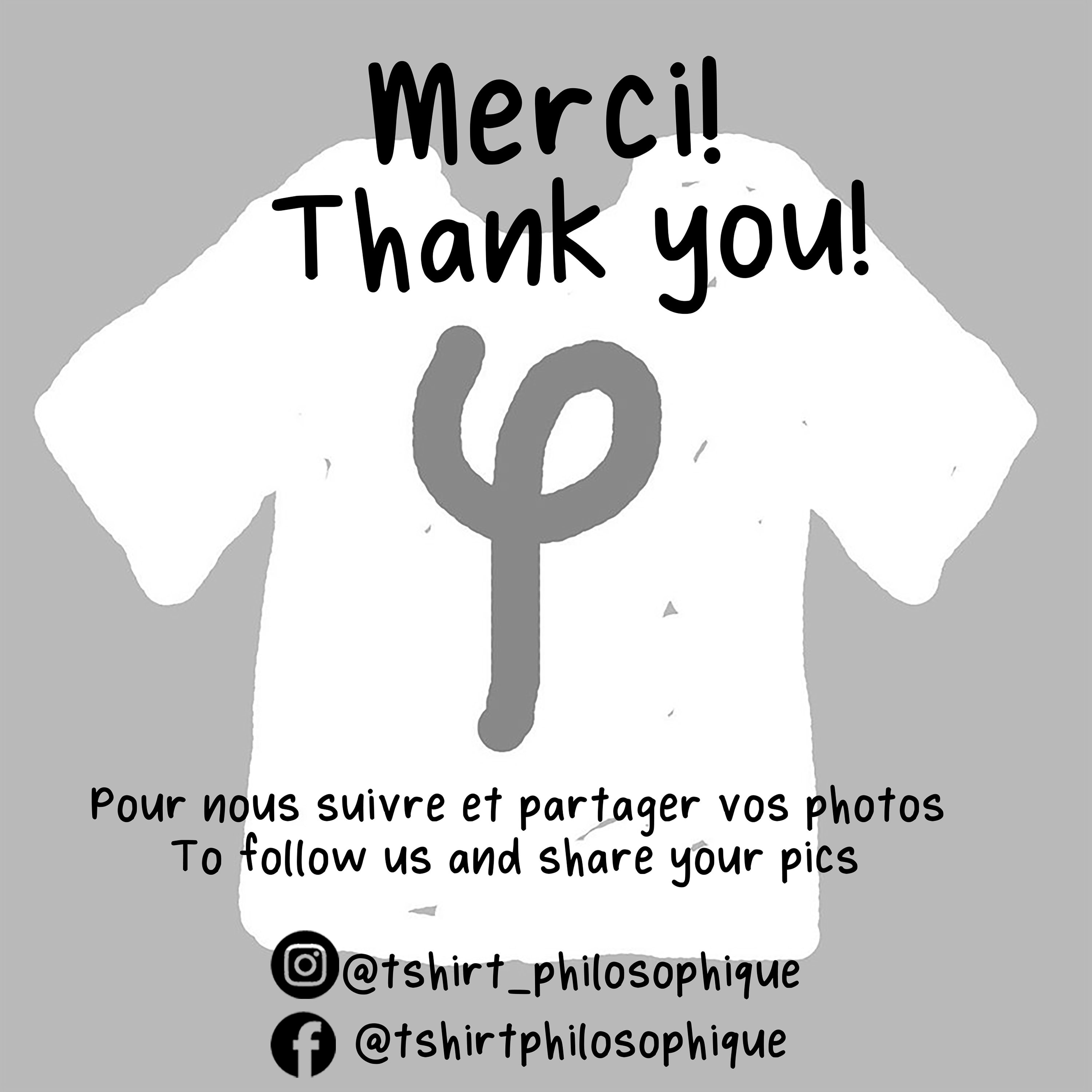 Hannah Arendt tote bag: There are no dangerous ideas, thinking itself is dangerous.

Hannah Arendt wrote this famous quote in a series of articles published in 1977 (two years after her death). More specifically, we find her in a series of three articles entitled "thinking" published in the New Yorker, the famous magazine for which she has written many articles. In fact, she was a reporter for the New Yorker when she attended Eichmann's trial .... the rest is history. The "thinking" series echoes the important themes in "Eichmann in Jerusalem" by describing the importance of autonomous thinking. In the last interview she gave before her death, she added "to think critically is always to be hostile".

This 14''x16 '' bag is made of strong, durable and washable cotton. Designed by a social integration organization for immigrant women. Hand made by silkscreen printing.