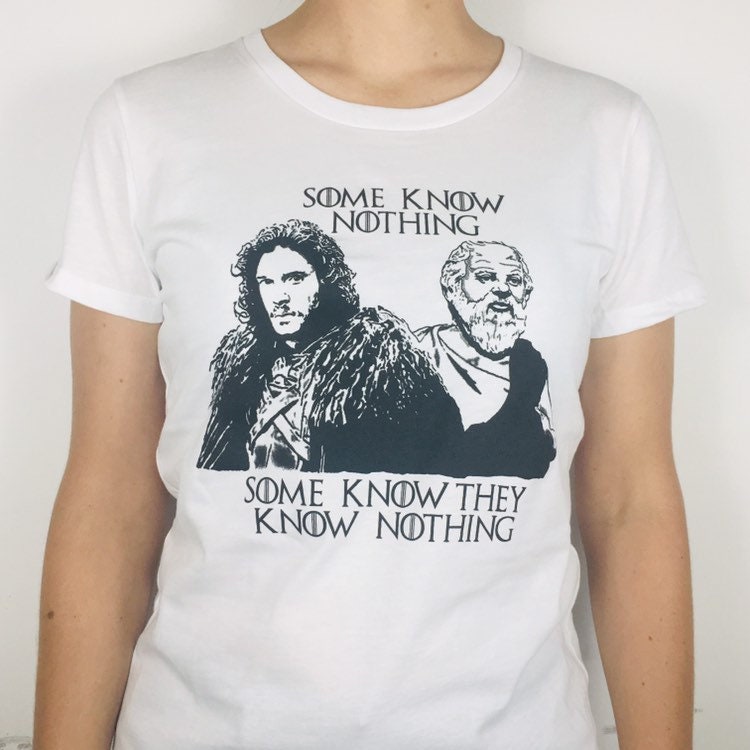 It is not clear why Ygritte considers that Jon Snow knows nothing. Some say it's because he knows nothing about women and how to charm them. Others think it's because he has a naive conception of the wildlings and the world hiding behind the wall. But in any case, it is obvious that it would have been a good idea to listen to Socrates and to get inspired from the admission of his own ignorance. Because the one who knows he knows nothing is driven by the thirst for knowledge and the open-mindedness to learn, Jon Snow would have been a better guardian of the wall and a better lover for Ygritte if he accepted his ignorance at first. Jon, know yourself! An unexamined life is not worth living!